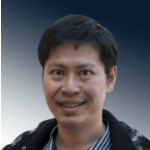 Francis is an Emotion-Transformation therapist / coach, registered hypnotherapist, and Neuro-Linguistic Programming master practitioner. Since graduating from University of California, Los Angeles, majoring in electrical engineering, Francis had been working in the field of information technology and computer networking for over 10 years.

In 2008, his health condition started to deteriorate after an automobile accident, and he was diagnosed with Chronic Fatigue Syndrome and Fibromyalgia. Francis had tried many types of therapy, including western and traditional Chinese medicine without success, not able to relieve the extreme fatigue and physical pain.

Since 2013, Francis has been studying many types of energy psychology. He also follows life coaches Louise Hay and Dr. Wayne Dyer in practicing the concept of self-actualization. Integrating innovative and diversified skills, including:

Francis’ motto is: Infinite love is the only truth, everything else is merely illusion. He believes that it is everyone’s birthright to live a healthy and happy life.